The perception of the European television and media landscape has been traditionally shaped by the contrast and constant comparison with the American one: state-run stations or public service broadcasting in Europe vs. commercial networks in the US. However, in most European countries it took to the last third of the 20th century, until commercial TV got proper permission, or started its activities. As a result, to date, the structure is characterized by coexistence of public service and commercial stations (in a mixed system only later opened to pay and over-the-top operators).

The history of European televisions’ commercialization, however, is way less linear, and more interesting and complex. In many European countries there have been early attempts to launch some form of private television, on a local, national, or even supra-national basis. Some of the early attempts to plant private TV are short-lived or failed totally (for example FFG 1960 in Germany), others like the ITV-Network (UK) or RTL Télévision (Luxembourg) were able to establish themselves already during the 1950s on a regional level aside the major public-service providers. In Italy, after a debate already originating in the 1950s, there has since the 1970s been plenty of – initially illegal – locally focused broadcasters, leaving space in the following decade to national commercial networks. And media moguls, such as Silvio Berlusconi, started from their own country and later tried to enter other markets, with mixed results. Additionally, the public-service stations themselves are often subjects to the principles of commercialization: most of them inserted commercials from the early days in their programming and/or had to buy broadcasting rights (e.g. for feature films, or TV series, sitcoms and other formats) from international markets, thus establishing other kinds of competition. This even occurred at state-run television in Eastern Europe. It is clear, the process of television commercialization didn’t just start during the 1980s, but its implementation was from the very beginning, and followed very different paths in each European country. Moreover, the emergence of consumer societies in post-war Europe and the dissemination of private TV seems a deeply interwoven process.

This issue of VIEW seeks to deepen our understanding of how aspects of commercialization in TV shaped the media culture in Europe. We aim to offer a scholarly view on the history of institutions, political and economic interests, technical conditions, legal frameworks, professional cultures, programmes and their aesthetics, scheduling and advertising, aspects of reception and reactions in societies, related discourses, and backlash on public service TV. Transnational, comparative and entangled perspectives are preferred.

See www.viewjournal.eu for current and previous issues. VIEW is proud to be an open access journal. All articles are made findable through the DOAJ and EBSCO databases. 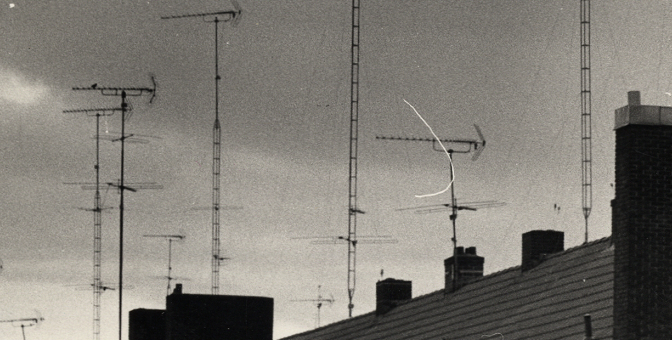