By Erwin Verbruggen and Admin February 28, 2020

On October 3rd, 2019, members of the Europeana Media project engaged audiovisual archivists and researchers in the first of two World Cafés. The occasion was the 50th Annual Conference of the International Association of Sound and Audiovisual Archivists, held in tandem with the 10th Joint Technical Symposium at the Netherlands Institute for Sound and Vision in Hilversum.

Participants shared ideas about technical and curatorial possibilities for publishing audiovisual heritage collections online. The workshop, in which participants moved from table to table and topic to topic, aimed to provide insights and recommendations for the project’s final phase.

The Europeana Media project was developed to counter a series of drawbacks that the Audiovisual Media in Europeana task force had previously identified. Over the past 18 months, the project worked on an Enhanced Unified Playout Service (EUPS) to improve the user experience with video and audio on the platform. Built upon the International Image Interoperability Framework, the newly developed player’s purpose is to upgrade the user experience when accessing audiovisual collections, and improving media retrieval and re-use. The World Cafés served as a platform to share updates on the player’s ongoing development and to collect insights into the online publication practices of archival institutions and our professional peers.

A Workshop with a Purpose

Following an introduction to the context of the Europeana Media Project and the current state of development,  the attendees were divided into groups to participate in one of four discussion tables. Each of the table moderators launched the discussion on their particular topic: the Europeana Media Player, Opening up collections online, Considering the needs of users and, Storytelling with online heritage. Every 15 minutes the groups moved on and everyone apart from the moderator chose a new table, where the new group ‘built’ on the discussion of the previous group. By the end of the workshop, all participants had explored each of the four topics.

The discussion focused on two main questions. The first one, from the archives’ perspective, was: what are the desired features and functionalities that an AV player should have? Participants underlined the importance of a user-centric approach when thinking about functionalities, as well as having basic conditions, like an easy-to-use and intuitive interface, and streaming performance, met. The second question discussed was the increasing role that artificial intelligence plays in enhancing video content and its consumption. AI services, like speech-to-text and visual analysis, were recommended, as well as services that enable location-based search and display.

This discussion was centred on the use of the web for archival collections and what the available online distribution platforms and methods for sharing collections are. Most participants mentioned that their organisations chose a mixed strategy, where they use an array of platforms — developed in-house, public and open-source platforms as well as commercial streaming solutions. The discussion also focused on the pros and cons of different existing platforms — from YouTube to Avalon and Wikimedia Commons — highlighting the ease with which content can be streamed and the possibilities of fostering engagement.

3. Considering the needs of users.
Led by: Mathy Vanbuel

The discussion revolved around the importance of user-oriented research conducted by institutions. Some of the most common methods mentioned were the collection of user intelligence from analytics (Google Analytics or similar web stats), usability studies (mostly when new features are being developed at early development stages) and from social media or surveys. Despite the diversity of audiences and collections, participants highlighted the importance of conducting some type of user research. They also stressed the organisation’s interest in sharing user experience research amongst themselves.

The discussion focused on the best actions that audiovisual archivists and users can take to share their stories. Participants suggested a variety of activities, from involving journalists in the planning and editorial processes, crowd curation and engaging with other archivists and historians to aggregate and or associate other content. Participants also discussed best practices for taking advantage of the largely available distributed heritage sources like Europeana and Wikipedia.

We continued the conversation during the second Europeana Media World Café, which took place during the annual FIAT/AFTA 2019 World Conference in Dubrovnik.

What other limitations and suggestions do you think should be addressed in the discussions on accessing European audiovisual heritage collections? Let us know in the comments! 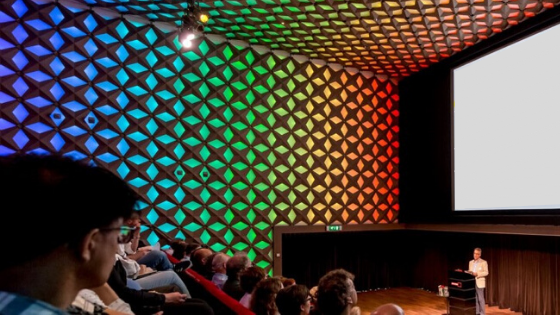