EUscreen join forces with partners of cultural institutions, researchers and fellow aggregators in Europeana XX Century of Change, a CEF funded project that aims to make available and more accessible 20th-century content – audiovisuals, photographs and other types of media – through the Europeana portal.

On March 5th and 6th, cultural institutions, aggregators and researchers gathered to kick-off the new project:  Europeana XX Century of change. Representatives of the 17 partners attended the meeting, hosted at the premises of the Project Coordinador Netherlands Institute for Sound and Vision in Hilversum. During the sessions, participants had the opportunity to know each other, exchange ideas on the relevant activities and discuss the project workflow.

Europeana XX intends to identify and highlight the main drivers that led to social change in Europe across the 20th-century: key moments that have shaped the current social, political and cultural realm. With this purpose in mind, EUscreen participates as one of the five domain and thematic aggregators that will enrich the Europeana library with high-quality 20th-century content.  This will help to make the content more accessible and discoverable for all audiences, as well as to foster dialogue and reflection with a specially curated thematic collection on the Europeana portal about politics and economics, ways of living and technology.

Currently, EUscreen publishes to Europeana more than 1.000.000 records of audiovisual heritage selected by 31 broadcasters and archives from all across Europe. For this project framework, some of EUscreen contributions are:

Meet the partners of the project

The project consortium is comprised of 16 members:

Europeana XX will develop a series of online curated collections and on-site activities which are set to take place in the next year and a half around different venues in European countries. We invite you to follow ours and partners’ social media channels for the latest updates on the project. You can also find updates throughout Europeana Collections and it’s official channels. 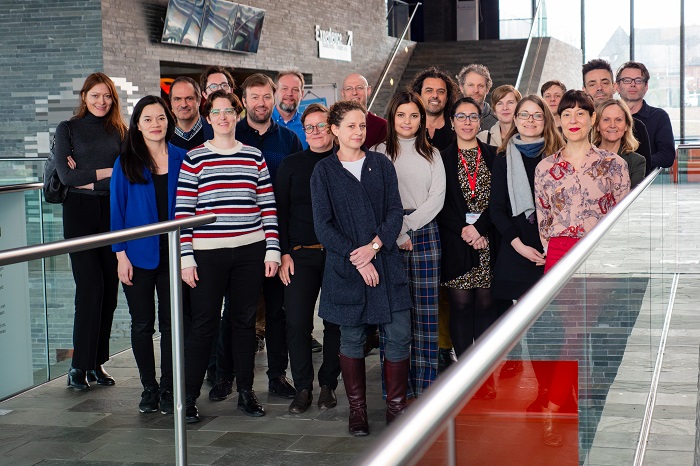