Known for his outlandish installations, Christo was a conceptual artist who gained fame by using monuments and buildings from around the world as his canvas. Alongside his late wife Jeanne-Claude, both artists would transform entire buildings by wrapping them up with large amounts of fabric.

The duo’s unconventional work made the headlines on numerous occasions. Some of their most popular pieces involve wrapping up buildings like Paris’ Pont Neuf, the German Reichstag in Berlin and a section of the Aurelian Walls in Rome. On another occasion, the artists installed a massive floating pyramid structure made of stacked barrels in London’s Hyde Park.

Christo recently passed away – a long time after Jeanne-Claude – leaving behind iconic pieces. Their large-scale installations will always be remembered as works that would alter the visitor’s sense of place and space.

To commemorate the late artist, we selected a series of clips from the EUscreen library that show the artists’ work. 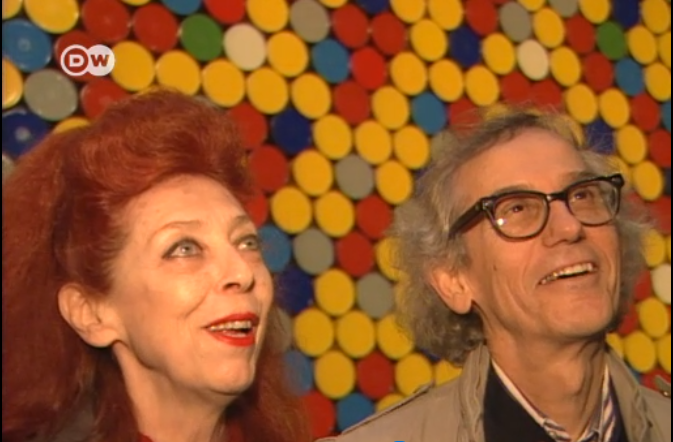