What should a course on storytelling with data consist of, according to experts?

Inholland University of Applied Sciences and Agence France Presse (AFP)  took the lead in researching the state of the art when it comes to data analysis in and for non-fiction media production, as well as in conducting a needs analysis from the perspective of the professional fields involved (creative industries, journalism) regarding the contents and the didactic form of a course to train students in media and creative industries in how to tell stories with data.

The Needs Analysis report offers suggestions from more than 50 international experts consulted by MediaNumeric partners regarding benchmark examples, software packages to be used, and constructive didactic approaches. The material, consisting of the full transcriptions of all the interviews, was analysed using Grounded Theory.

This is an inductive methodology that proceeds through three stages of coding. In ‘open coding’ researchers take their cue from what informants say and produce codes that summarize arguments, examples and evaluations given. In ‘axial coding’, the open codes are brought together into broader themes. The third and last stage is ‘selective coding’ in which researchers focus on those themes that stand out and connect these with available academic sources. Selective coding then results in the theorization of the data.

In the selective coding phase of this needs analysis, we have focused in particular on ‘super codes’. They are the impact of data, the affect of data (the feelings experienced by individuals when thinking of data and data analysis), and perceptions of data. ‘Impact’ is a well-known term in classic mass communication research and will not come as a surprise, it denotes the effects the use and analysis of data have. ‘Affect’ is a less well-known term that has its origins in the humanities and in philosophy. It denotes, in this case, the feelings and emotions that are linked to data. These can be seen as a form of connection and energy that exceeds rational arguments. Especially important is the fear that exists widely when it comes to data, working with figures and programming. ‘Perception’ again is a well-known psychological term that denotes interpretations by individuals of a phenomenon.

Together the super codes cover talk of data across what is expected of data, the feelings data produce, and how others likely understand data and what data can do. It will be clear that the super code perception points back to the impact and affect of super codes. Together they map an interpretative regime. The super codes also make clear that discourses on storytelling with data are structured by various social scripts. The script here denotes a relatively fixed way of thinking about data and how and why data-driven work is important today in relation to disinformation and fake news. These social scripts must be incorporated into the design of the course in order to ensure that it not only meets the needs of students and (future) professionals but also guarantees that the course is shaped in a deeply informed way and that it both addresses and tackles the inevitable reality that data is often perceived to be scary and/or overwhelming. 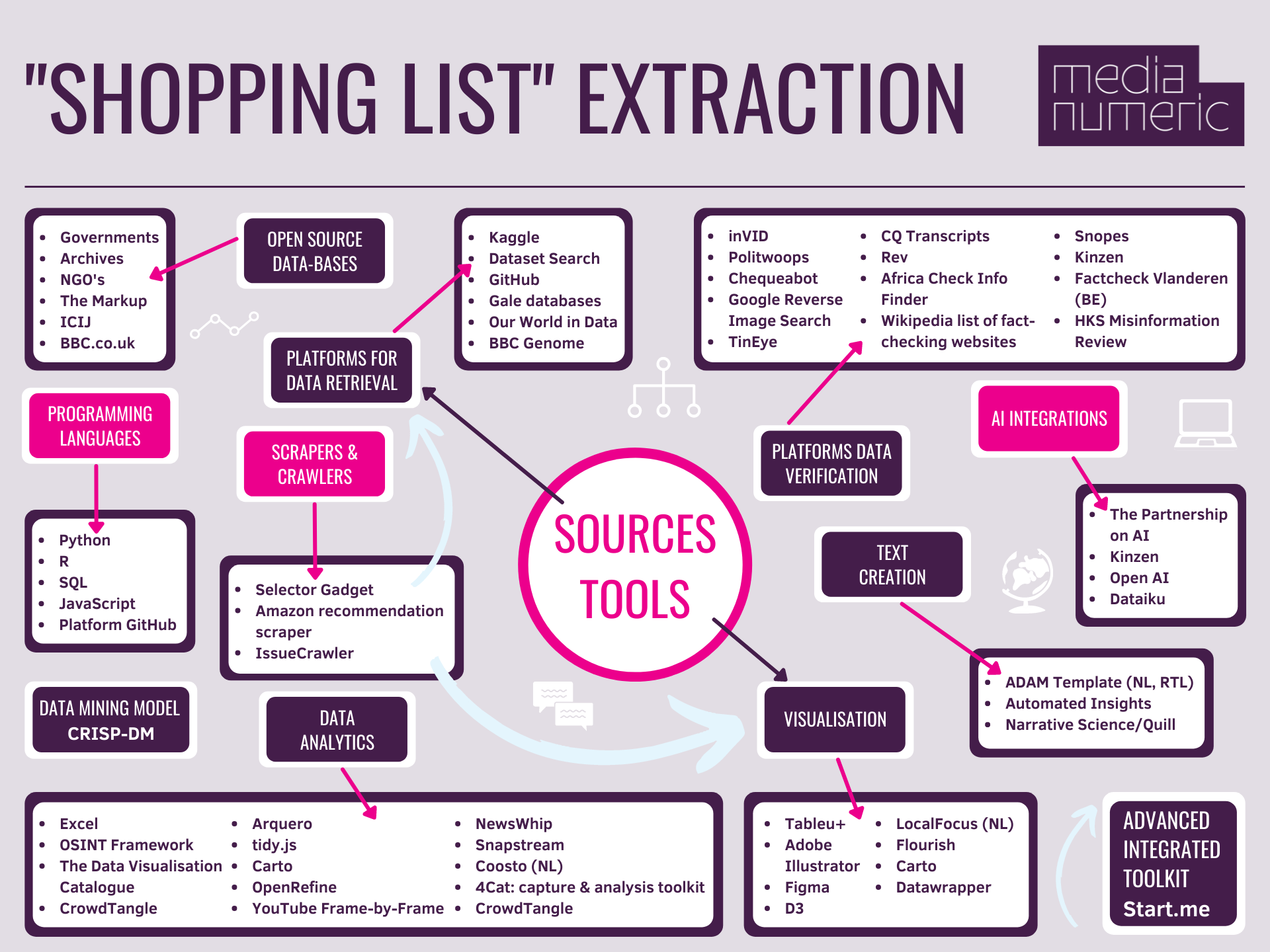